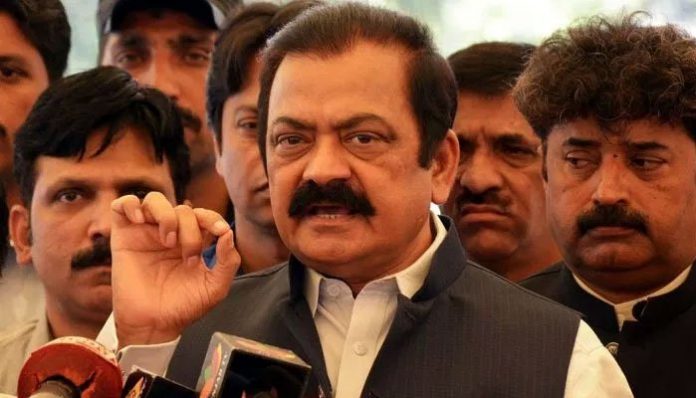 LAHORE: The Lahore High Court on Tuesday granted bail to senior PML-N leader Rana Sanaullah in a drug case filed against him by the Anti-Narcotics Force (ANF).
The court also ordered Sanaullah to submit two surety bonds of Rs1 million each.
A day earlier the high court had reserved its verdict on a post-arrest bail petition filed by Sanaullah, in the 15kg heroin recovery case, earlier this month. Justice Chaudhry Mushtaq Ahmad reserved the verdict on Tuesday after Sanaullah’s lawyers and prosecutors of the ANF concluded their arguments.
On October 2, the PML-N leader had filed a bail petition in the LHC. The petition was, however, withdrawn the next day, to file the same at a later stage. Earlier this month, Sanullah once again petitioned the LHC for post-arrest bail.
A special court for Control of Narcotics Substance (CNS) had on September 20 also dismissed a bail petition by Sanaullah while releasing five co-suspects. On November 9, a CNS dismissed another bail petition of Sanaullah’s.
On July 1, the former Punjab law minister was arrested by the ANF Lahore team while he was travelling from Faisalabad to Lahore near the Ravi Toll Plaza on motorway, claiming to have seized 15kg heroin from his vehicle. A special team of the force had also arrested five others, including the driver and security guards of the PML-N leader.
The FIR was lodged under Section 9(C) of the Control of Narcotic Substances Act 1997, which carries death penalty or life imprisonment or a jail term that may extend to 14 years, along with a fine up to Rs1 million.