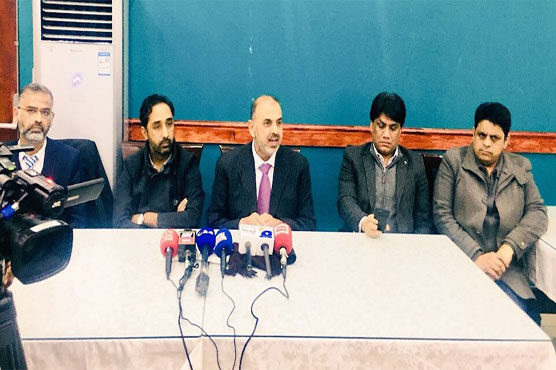 LONDON: Lord Nazir Ahmed, member of British House of Lords, on Monday announced to launch ‘Black Day Campaign’ against Indian oppression.
Briefing the media at the launch of ‘Black Day Campaign’ against Indian oppression, Lord Nazir said that a protest is scheduled for January 26th outside Indian High Commission with billboards stating Free Kashmir, Free Khalistan, Free Nagaland and Free Assam on them.
Lord Nazir said that the campaign will start on the Republic Day of India on January 26 with posters pasted on buses in London. He further said that the campaign will gain momentum during Commonwealth countries conference in London in April this year.
He further said that Kashmiri and Sikh communities will give further boost to campaign during Indian prime minister’s visit to London.