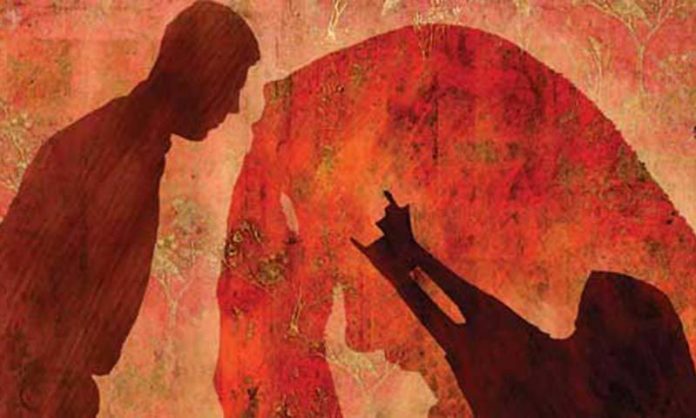 SHANGLA: A woman was shot dead allegedly by her brother in a suspected honour killing on Wednesday in Khyber Pakhtunkhwa’s Shangla district, police said.
Khalid shot dead his sister Sadiqeen, 26, after allegedly finding her in an “objectionable position” in a room with a 70-year-old man named Rafiqullah, Station House Officer (SHO) Sher Hassan said.
After killing his sister, a mother of two, Khalid shot dead Rafiqullah as well.
The suspect escaped after committing the crime.
A First Information Report (FIR) has been lodged against Khalid and his cousin, Umar Bacha, the police official said.
Hundreds of women are murdered every year in Pakistan, often by their own relatives, for going against their families’ wishes in matters of love and marriage.