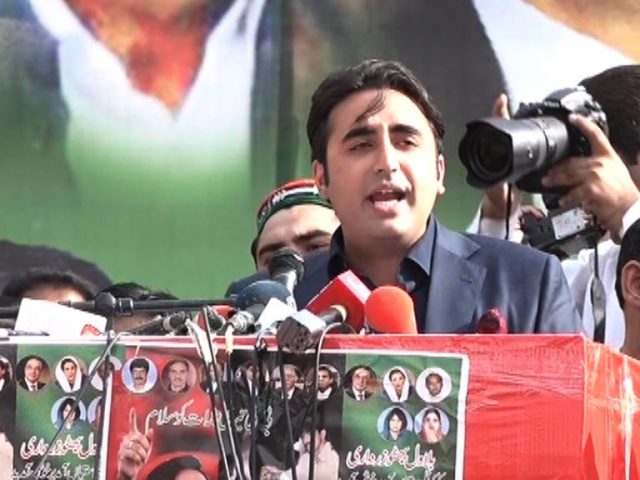 SADIQABAD: Pakistan Peoples Party (PPP) Chairman Bilawal Bhutto Zardari said on Sunday that either an election or a revolution would take place in the country now, as the masses could no longer tolerate the government’s economic policies.
Bilawal said so while addressing a workers convention in Sadiqabad. “The people are being murdered economically in this tenure. They cannot tolerate more than what they have already suffered, and now either an election or a revolution will take place,” he said.
The PPP chairman said the government brought trouble to the poor, and relief and amnesty scheme to the rich through the budget. “The puppets will be sent home,” he asserted.
Bilawal said the provinces were getting bankrupted, noting that Punjab’s development budget had been reduced. He said his party would continue raising the voice against a puppet chief minister of Punjab.
“Imran Khan did not fulfill the promises he made with the people. They used to say that they would commit suicide but they would not go to the IMF,” the PPP chairman said.
“It has turned out in one year that every promise made by Imran Khan was a lie. The selected prime minister took a U-turn and bowed before the IMF.”
He said the prime minister promised to provide 10 million jobs, but failed to provide even a single one.
Bilawal said his party would continue to safeguard the rights of the people, adding, “Now a free and fair election will have to be held”.