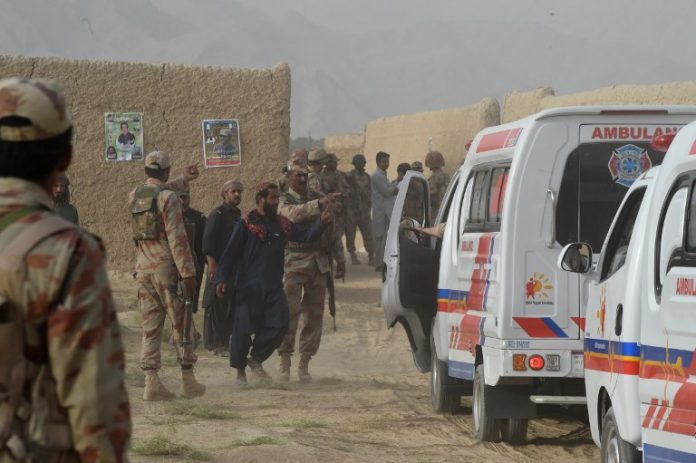 QUETTA: The number of martyrs of Mastung blast has risen to 149, confirmed Deputy Commissioner Qaim Khan Lashari on Monday.
Lashari said that some families had taken dead bodies of their loved ones to homes instead of hospitals due to which the counting could not be completed.
He; however, said that the number of martyred persons had now been completed adding that more than 180 people were also injured.
Meanwhile, reports are there that seven persons of a single family and seven children have also embraced martyrdom in the carnage.
It is worth mentioning that BP-35 candidate Siraj Raisani – a leader of Balochistan Awami Party and brother of former chief minister Balochistan Nawab Aslam Raisani was also among the martyrs.