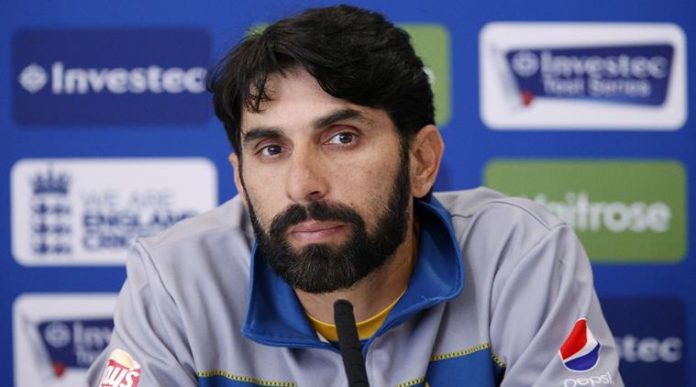 KARACHI: Pakistan Test captain Misbah-ul-Haq will miss the second Test against New Zealand at Hamilton after he had to back to Pakistan following the demise of his father-in-law.
Misbah left for Pakistan on Sunday (November 20) with his wife and daughter to be with his critically ill father-in-law, who has been admitted to intensive care.
However, Misbah’s wife, Uzma, who was with him in Christchurch, tweeted the news about the demise of her father.
“My father passed away, plz pray for his maghfirat. me and @captainmisbahpk on board coming back to Pakistan,” she said.
Azhar Ali will take over as captain as Pakistan Cricket Board (PCB) made this immediate decision about replacement before the second Test starts in Hamilton on Friday.
New Zealand won the first Test by eight wickets midway through the fourth day.