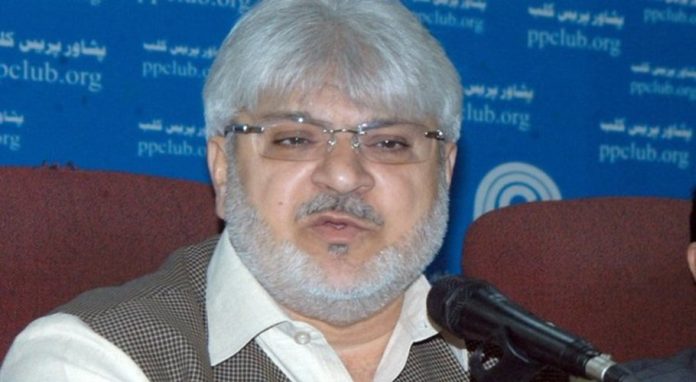 PESHAWAR: Member of the National Assembly Munir Orakzai, who tested positive for COVID-19 in April and had fallen ill during a session of the Lower House last month, passed away on Tuesday, confirmed the lawmaker’s nephew Irfanullah.
According to Irfanullah, the family got to know that the MMA lawmaker had passed away after he did not wake up for the Fajr prayers and was pronounced dead by doctors after being taken to the civil hospital in Tal.
Irfanullah stated that Orakzai’s funeral will be held today at 3pm in Khyber Pakhtunkhwa’s Kurram district.
Orakzai had fallen ill during a session of the Lower House on May 15 after recovering from the coronavirus.
The MMA, who had arrived to attend a session of the parliament in a wheelchair, fell ill during the session. He was shifted to the Polyclinic Hospital from the National Assembly immediately.