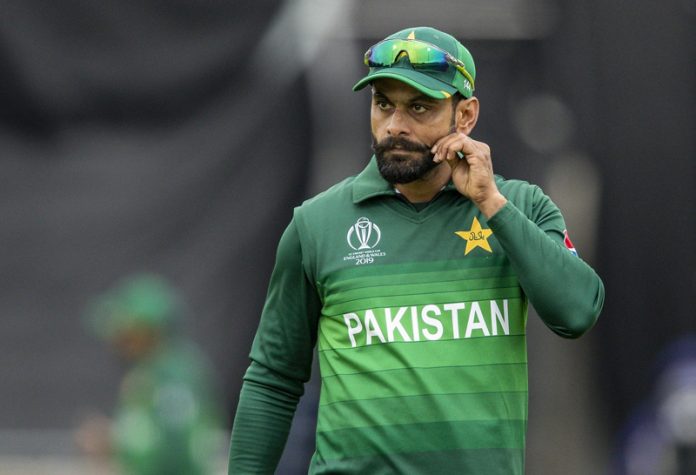 LAHORE: Pakistani off-spinner Mohammad Hafeez has been suspended from bowling by the English Cricket Board after his action was found to be illegal.
The 39-year-old all-rounder, a veteran of 274 T20s including 89 T20 internationals, has accepted the verdict “despite identifying procedural testing flaws, which have been accepted by the review committee”.
According to a statement issued by the ECB on Tuesday, Hafeez has been suspended from bowling in ECB competitions following a Bowling Review Group (BRG) appeal hearing at Lord’s.
“The off-spinner’s suspension follows the process set out in the ECB’s Regulations for the Review of Bowlers Reported with a Suspected Illegal Bowling Action,” read the ECB statement.
His bowling action was reported by umpires following the Vitality Blast T20 match between Somerset and Middlesex at Taunton on August 30, following which his action was independently assessed at the Loughborough University.
“That assessment, which was contested by Hafeez, found that the player’s elbow extension for his off-spin delivery exceeded 15 degrees as defined in the Illegal Bowling Regulations,” the ECB statement added.
According to the ECB, Hafeez has been advised to correct his action, after which the player may request a re-assessment. The spinner will not be eligible to bowl in ECB competitions until he is able to pass an independent re-assessment.
In a statement, Hafeez’s county team Middlesex said the off spinner has accepted the verdict but has expressed his dissent as well.
“I have received the ECB Bowling Review Group report on my bowling action. Despite identifying procedural testing flaws, which have been accepted by the review committee, as well as realising the findings will potentially affect my reputation as a world-proven all-rounder, I accept the Bowling Review Group findings,” Hafeez said in the Middlesex statement.
“As per ECB regulations, I am ready to appear for an independent analysis at an ICC-accredited centre so that I become eligible to play in ECB-organised events,” he added.