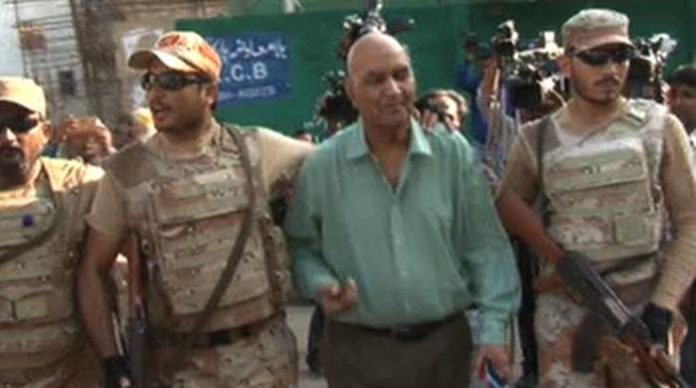 KARACHI: Muttahida Qaumi Movement (MQM) London group’s arrested leaders have been detained for 30 days and sent to Central Prison Karachi.
Sindh Rangers, during their renewed crackdown on the Altaf Hussain-led MQM London chapter, took into custody its three key Karachi-based leaders – Hassan Zafar, Kanwar Khalid Younis and Amjad Ullah Khan – from outside the Karachi Press Club as well as a leader of Hyderabad chapter – Zafar Rajpur – during raid on houses of several leaders and workers.
The Karachi-based leaders have been moved to Central Prison Karachi and a case of ‘anti-Pakistan speeches’ has been registered against them.
Officials said the MQM leaders will remain under custody for 30 days as they have been detained under Maintenance of Public Order (MPO).
Sources said the party’s Pakistan chapter, which has parted ways with Altaf Hussain and is being led by Farooq Sattar, is expected to hold a news conference today.