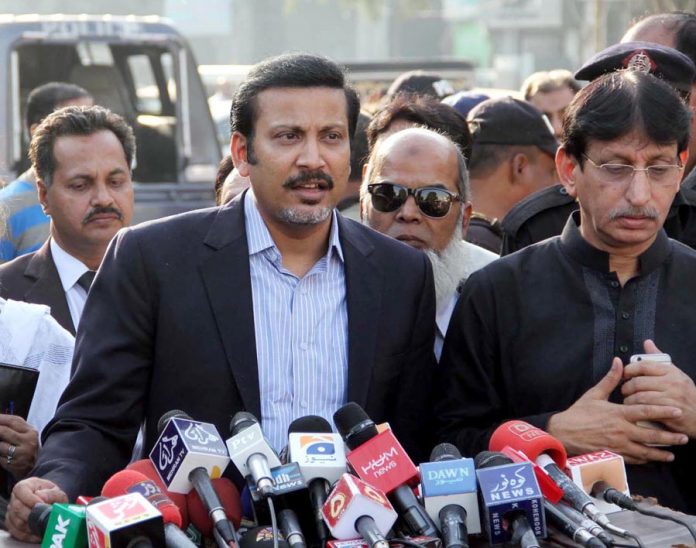 KARACHI: Muttahida Qaumi Movement Pakistan (MQM-P) has accused the Election Commission of Pakistan (ECP) of directly involved in ‘massive rigging’ during the recently held July 25 General Elections.
While addressing a news conference in Karachi along with other MQM-P leaders and former Sindh Governor Mohammad Zubair, Faisal Sabzwari said that MQM-P had grave objections on counting process on July-25. “Political situation in country is changing with every passing moment. Rigging in election was carried out to ensure victory of Pakistan Tehreek-e-Insaf (PTI) in the elections”, claimed Sabzwari.
Citing rigging in general elections, Sabzwari demanded chief election commissioner to immediately relinquish from the post. He further alleged that those constituencies—in which MQM-P has raised objections—are not being opened by the ECP.
Talking on the occasion, Zubair stated that objections persist on method adopted by the electoral body. Claiming that mandate of MQM-P was stolen in the elections, Zubair tagged Maqbool-led party as largest party of the metropolis.
On a question about Karachi operation, Zubair held that MQM was not targeted in the operation.
Both parties agreed to continue contacts in the future.