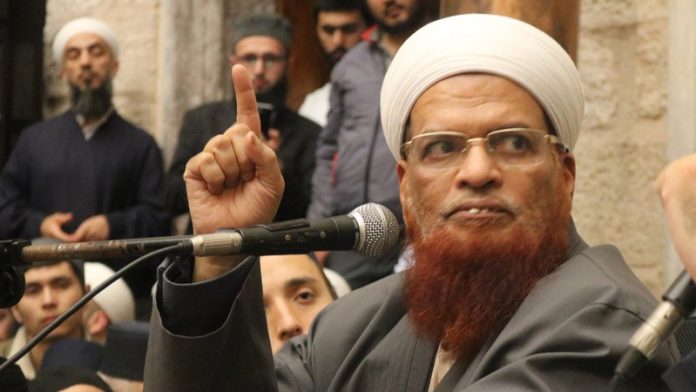 KARACHI: Prominent religious leader and vice president of Jamia Darul Uloom Karachi, Mufti Taqi Usman, on Friday said that the agreement signed with the government by religious leaders is in line with the coronavirus recommendations of the World Health Organisation (WHO).
“We are proud of our doctors and there’s no doubt on their hard work, abilities and intentions but on coronavirus, WHO’s advisory is similar to those healthcare professionals who have endorsed our Ijmah agreed with the president,” he said in a statement on Twitter.
The statement from the cleric comes after top Pakistani doctors appealed that the government and religious leaders review the declaration under which mosques have been allowed to hold Taraweeh prayers under certain restrictions.
“Allowing congregational prayers in larger numbers will have fatal outcomes amid a rising number of COVID-19 patients in the country,” the doctors warned in a letter earlier this week.
They requested the authorities and the business community practice patience and keep the markets and non-essential shops closed, allowing home deliveries only.
In an interview, President Arif Alvi said the agreement with the religious scholars was Ijma-e-Ummat [consensus of the Muslim community] and that its violation would “be categorised as a sin”.
Meanwhile, the Sindh government has decided to restrict congregational prayers in the province during Ramadan.
In a late night video statement, Chief Minister Murad Ali Shah said that Taraweeh prayers throughout the province will only be observed by the mosque’s administration (4-5 people) in the mosque premises.
Shah said taking such “difficult decisions” is a government’s responsibility and the decision was taken especially keeping in mind doctors’ recommendations.
The chief minister further stated that he has talked to the president on the matter as well.
“The president said it is up to the provincial government to decide,” said Shah.