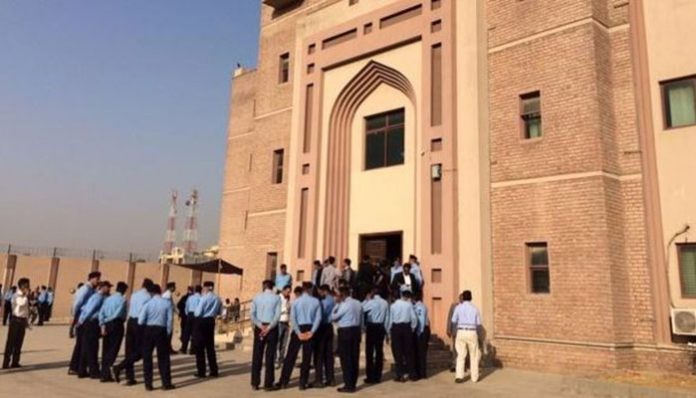 ISLAMABAD: An accountability court resumed hearing into Al-Azizia Steel Mills case against former prime minister, Nawaz Sharif, today (Monday).
The accountability court judge Muhammad Arshad Malik chaired conduct proceedings of the case. The prosecutor of the National Accountability Bureau (NAB), Wasiq Malik, continued presenting final arguments in the Al-Azizia Reference for the third day today.
The NAB prosecutor informed the court there was a contradiction between two letters of Qatari prince provided in the case.
He said the government proposed to record statement of Qatari prince but he didn’t come to Pakistan.
He was of the view that inspection of one the letters revealed that two million dirham were never sent to Qatar for Avenfield flats.
Judge Arshad Malik said Khwaja Haris, counsel of former PM, will give response in this regard. “Does letters from Qatar hold any importance if the witness didn’t come to Pakistan,” the judge asked.
The NAB counsel said the name of Hussain Nawaz was mentioned in sale documents of Al-Azizia Steel Mills. He claimed that no explanation was given regarding setting up of Al-Azizia and the record was deliberately kept under wraps.
The judge asked if Mr. Sharif changed his lawyers at any point during the case proceedings. “It happens at times when change of lawyer also results in change in statements,” he remarked.
He lamented that it had become a culture to speak a lie before the court. And subsequently a judge is expected to deliver a ruling based on justice, he added.
Mr. Sharif didn’t appear before the court today, citing medical prescription for rest due to problem in his knee.
During the last hearing, the counsel of Mr. Sharif had submitted answers of 62 questions in the Flagship Investment Reference on behalf of his client, while he is expected to submit answers of remaining 78 questions today.
On Nov 29, the court had directed the counsel of NAB to furnish final arguments in the Al-Azizia Steel Mills reference against Sharif. The accountability court had also given a questionnaire to the former PM under section 342 of the Code of Criminal Procedure, to seek his answers. NAB prosecutor, Wasiq Malik, during his arguments, said the accused persons were given ample chance before the JIT, Supreme Court and the NAB to defend the charges, but their proofs turned out to be false, he claimed.
The court had given over 120 questions to Mr Sharif in the Avenfield properties reference and 151 in the Al-Azizia reference. The former prime minister had responded to 148 of the 151 questions. On November 19, the Supreme Court gave three weeks to the accountability court to wrap up graft references against Nawaz Sharif.