LAHORE: A two-member NAB team has returned home after collecting details of Sharif family’s assets in the UK. The team has arrived at Allama Iqbal International airport from London aboard PIA Flight No. PK-758.
The two members of the NAB team left for Islamabad aboard PIA Flight No. PK-650.
During its visit the team recorded statements of important witnesses in Avian Field Properties and other NAB references. During its UK visit, the team collected crucial proofs over the ownership of apartments owned by Sharif family in London and it also checked out the assets of the two more individuals. British agencies and departments cooperated with the team during its investigations.
The team stayed for a week in London. The team also recorded the statements of Raja Akhtar and Robert Redley. According to sources the team dug out the details of assets owned by Nawaz, his daughter Maryam, her husband Capt (r) Safdar, and his two sons Hassan and Husain.
The challan of Avian Field Properties reference is expected to be filed by end this month. 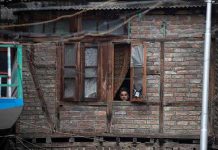