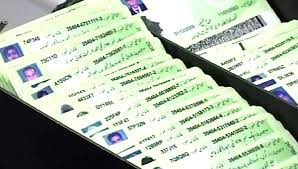 ISLAMABAD: The National Database and Registration Authority (NADRA) on Tuesday blocked Computerised National Identity Cards (CNICs) of over 10,144 Pakistanis who registered themselves as Afghan refugees, local media reported.
NADRA tracked cases of fake identities through its system. When those who had registered themselves as Afghan refugees came to obtain their CNICs, NADRA officials took action by blocking their national identity cards, local media reported.
Under a voluntary repatriation scheme of the UN High Commission for Refugees, refugees are entitled to $400 to return to their homeland.
NADRA officials said a few of those whose CNICs had been blocked had moved different courts.