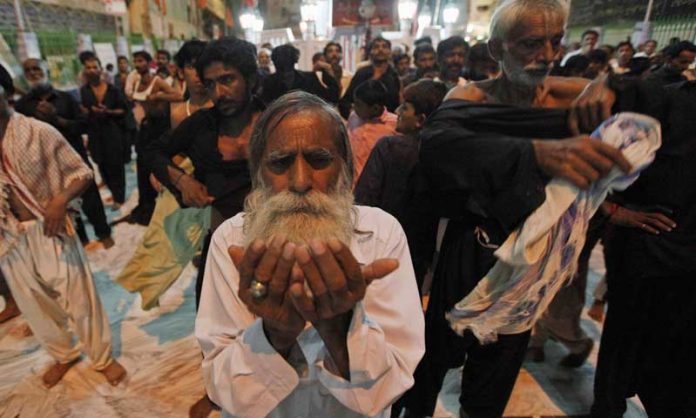 KARACHI: A three-day mourning against terrorist acts will be observed today across Sindh, the national flag will remain at half-mast.
As per details, Khyber Pakhtunkhwa and Balochistan governments have also announced a day of mourning today, while Sindh Bar Council announced a strike.
At least 75 people, including 20 children and nine women, were killed and 250 others were wounded when a suicide bomber ripped through Lal Shahbaz Qalandar Shrine in Sehwan Sharif on Thursday.