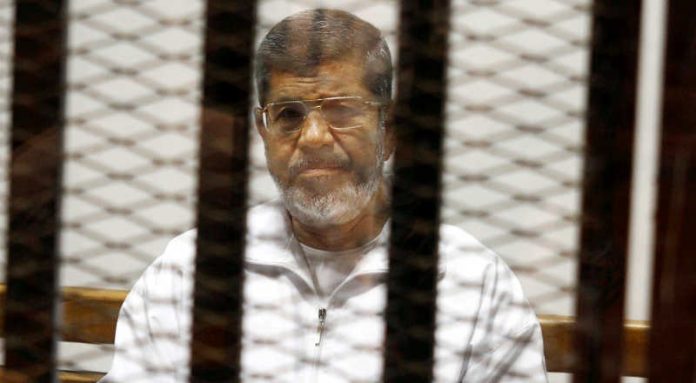 ISLAMABAD: The National Assembly on Wednesday offered Fateha (prayers) for the former Egyptian president Mohamed Morsi who died on Sunday.
The prayers were led by Molana Abdul Akbar Chitrali on the request of a lawmaker in the National Assembly.
Opposition leader Shehbaz Sharif and Bilawal Bhutto Zardari, the son of former prime minister Benazir Bhutto , were also present during the session during which the prayers were offered .
The first elected president of Egypt died at a hospital after he collapsed in a court. Morsi died years after being ousted by his defence minister and now president of the country Abdel Fattah el-Sisi.
Since Morsi´s overthrow on July 3, 2013, Sisi, has waged an ongoing crackdown that has seen thousands of Muslim Brotherhood supporters jailed and hundreds facing death sentences.