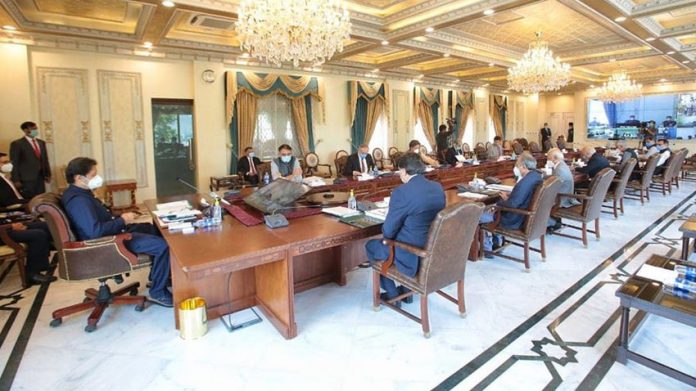 ISLAMABAD: Prime Minister (PM) Imran Khan on Wednesday has chaired a meeting of the National Economic Council (NEC) in Islamabad and deliberated on the economic affairs of the country.
According to details, the participants have suggested cutting federal and provincial development budgets by 18 percent. They have also talked about setting Rs11413 billion for development projects from the overall budget.
Maintaining the target of economic development at 2.3 percent for the next fiscal year was also discussed during the meeting.
It is to be mentioned here that the federal budget for the fiscal year 2020-21 with a total outlay of Rs 7,600 billion will be presented on June 12.
According to sources, the budget deficit is likely to be more than Rs 3427 billion while Rs 3235 billion will be spent on interest and repayment of loans. An allocation of Rs 1402 billion for defense has also been proposed in the upcoming budget.
According to budget document, the growth rate in the construction sector is set at 3.5 percent. The energy sector growth target has been set at 1.4 percent.
The growth rate in the services sector is set at 2.8 percent.
Agriculture target for next financial year has been set at 2.9 percent and the target for major crops in the next financial year is set at 2.2 percent. Cotton growth target is set at 1.3 percent.
Industry growth target has been set at 0.1 percent while in the manufacturing sector, the growth rate target is set at minus 0.7 percent. The mineral growth target is set at 0.5 percent for the next fiscal year.