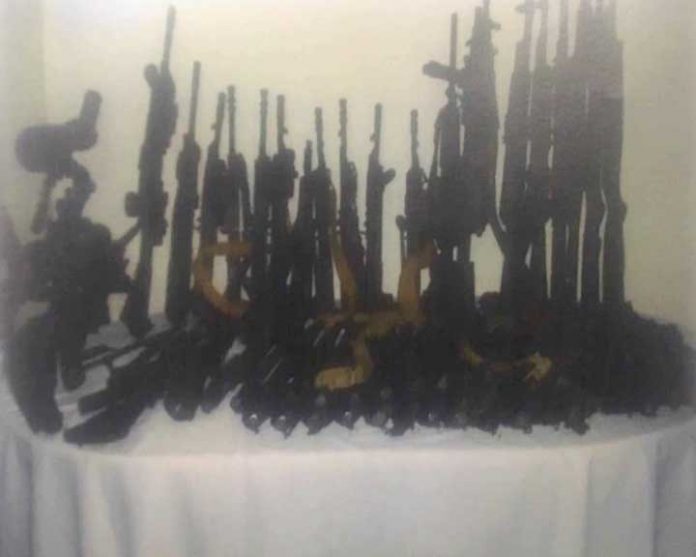 ISLAMABAD: Security forces have recovered dangerous NATO weapons and large cache of money including Indian, Pakistani and foreign currency during raid on Muttahida Qaumi Movement-London office in Islamabad’s Top City Housing Society.
The security agencies had received secret information regarding an illegal firing range and presence of weapons near the new airport.
According to FIA, the weapons, ammunitions, hand grenades, and other explosive materials were to be possibly used in terrorist activities. Furthermore, the worth of recovered currency is more than one crore rupees.
It has further been revealed that these networks used to facilitate the leaders of MQM-London and other fugitives. The CEO of housing society Moiz used to conduct the firing practices of party officials in firing range of the society.
Sources have also disclosed that MQM leader Haidar Abbas Rizvi stayed in the same society for several days.
Earlier, MQM-London’s illegal business in the guise of housing society was exposed and fugitive suspects were arrested from the society. The gang was involved in occupying illegal land and sending the earned money to London.
Rangers and other law-enforcing agencies had conducted a 24-hour long operation in the Top City Housing Society’s office and seized modern weapons from the office.