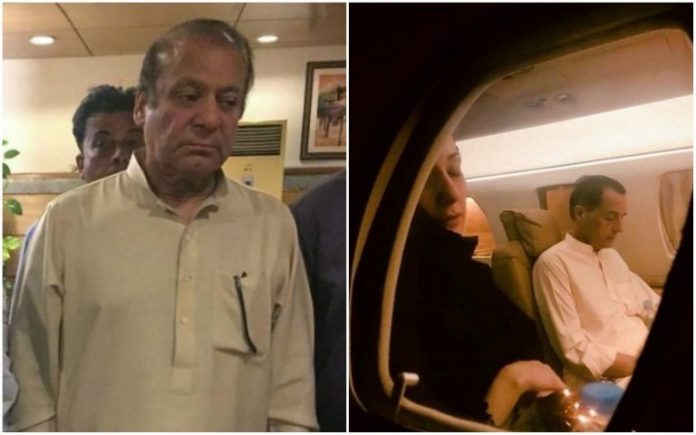 ISLAMABAD: An accountability court on Thursday accepted former prime minister Nawaz Sharif’s request for exemption from appearance for hearing of Al-Azizia corruption reference.
The court adjourned the hearing of the case till September 17 after Nawaz’s counsel, Khawaja Haris, cross questioned prosecution’s star witness and Panamgate JIT head Wajid Zia.
Accountability Court II Judge Arshad Malik was presiding over the case.
Haris submitted a request for exemption from appearance on Nawaz’s behalf which the court accepted. The former premier is currently in Lahore on parole for his wife, Begum Kusloom’s, funeral.
As the hearing went under way, Haris asked Zia whether volume 10 of the JIT report was sealed when it was submitted to the Supreme Court.
However, the Panamagate JIT head responded that it was not sealed.
After a brief hearing, the judge adjourned the case till September 17 (Monday).
The trial against the Sharif family commenced on September 14, 2017.
On July 6, after four extensions in the original six-month deadline to conclude all three cases, the court announced its verdict in the Avenfield reference.
Nawaz and his sons, Hussain and Hasan, are accused in all three references whereas Maryam and Safdar were accused in the Avenfield reference only.
The two brothers, based abroad, have been absconding since the proceedings began last year and were declared proclaimed offenders by the court.
On July 10, the Supreme Court granted another six-week extension for Accountability Court-I Judge Mohammad Bashir to conclude the remaining corruption references against Nawaz and former finance minister Ishaq Dar.