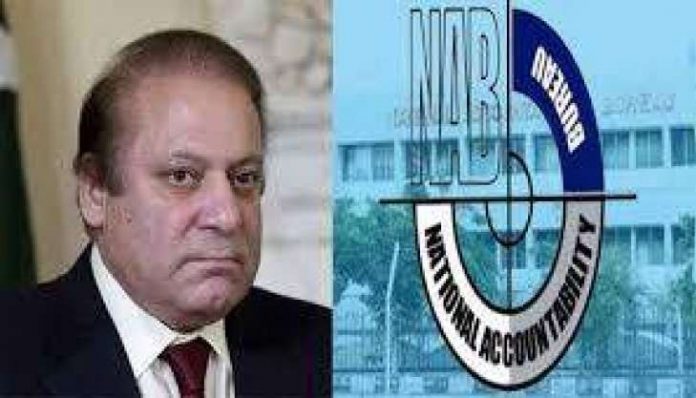 LAHORE: The National Accountability Bureau (NAB) is likely to lodge a reference against former prime minister Nawaz Sharif if he failed to appear before the anti-graft agency tomorrow (May 20).
The anti-graft watchdog had summoned ousted prime minister Nawaz Sharif on May 20 in a corruption case pertaining to the alleged misuse of authority to get constructed a road from Ada Plot to Jati Umra in 1998.
A three-member team of the Bureau is interrogating the former premier with regard to the probe into alleged illegal construction of the road in Raiwind for personal use, utilizing taxpayers’ money.
Sharif has been accused of misusing his authority as prime minister in 1998 to allow construction of the road leading to his residence in Jati Umra.
The road was illegally widened from 20 feet to 24 feet. The case involves the alleged misappropriation of Rs125 million.
The former prime minister is facing a myriad of corruption cases since his ouster on July 28, 2017 by the Supreme Court of Pakistan in the high-profile Panama Papers case.
The Pakistan Muslim League-Nawaz (PML-N) supremo was disqualified by the Supreme Court over an undeclared source of income.
Sharif along with his sons-Hussain and Hassan – had been named in three NAB references, while his daughter Maryam Nawaz and son-in-law Captain (r) Safdar have been nominated in a reference with regard to the Sharif family’s London-based Avenfield properties.
The references were filed in compliance with the Supreme Court’s July 28 verdict last year.