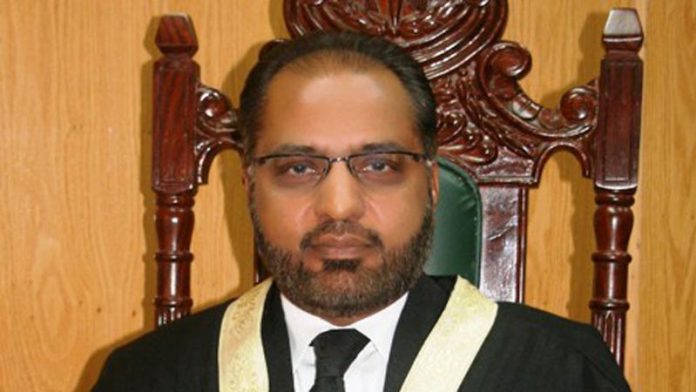 ISLAMABAD: During the hearing of case regarding ‘blasphemous’ content on social media, Islamabad High Court (IHC) Judge Justice Shaukat Aziz Siddiqui on Monday remarked that ‘no blasphemer can run away from hands of law’.
Furthermore, Director Federal Investigation Agency (FIA) told the court that an application has been sent to Facebook regarding the ‘blasphemous’ pages. “The application is phasing through inquiry. We are keeping a close eye on such content online,” he said.
Justice Shaukat Aziz Siddiqui remarked that if authorities work vigilantly, ‘no blasphemer will be spared.’
While talking about coverage of media during the case, Justice Siddiqui observed, “Some media channels even have objections on my tears.”
But the judge maintained he does not want any media campaign in his favor either.
Senior lawyer and human rights activist Asma Jahangir has accused Justice Siddiqui of ‘transforming the court into a mosque’. “I have no issue with what Asma Jahangir said about me,” the IHC judge said in today’s hearing.