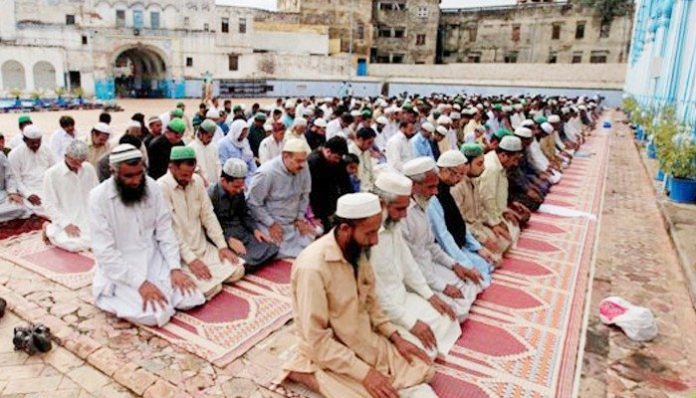 KARACHI: The Sindh and Balochistan governments banned Friday prayers at mosques due to the coronavirus outbreak.
The Sindh government announced suspension of congregational prayers at mosques, including Juma in mosques until April 5, to maintain social distancing to arrest the spread of coronavirus.
Adviser to the Sindh chief minister Barrister Muratza Wahab said the government had made the decision after consultation with clerics of all schools of thought. “Major decision by the Sindh government to contain spread of coronavirus, people can no more offer prayers at mosques,” he tweeted. “Only staff of mosques of maximum five people can offer prayers at mosques.”
The provincial information ministry said the ban on congregational prayers at mosques would remain in place till April 5.
In Balochistan, a late-night notification issued by the home and tribal affairs department said the Balochistan government had banned Friday prayers across the province at mosques with immediate effect.
Mosques will remain open but only five people could perform the prayers, including the prayer leader and four others. It further said that people would perform all prayers at their homes.
Talking to the media, Minister for Religious Affairs Pir Noorul Haq Qadri said: “We are not going for a complete ban on all gatherings including daily prayers, but it is essential to note what is important: jamaat or namazi,”. The minister said that saving human lives was farz.