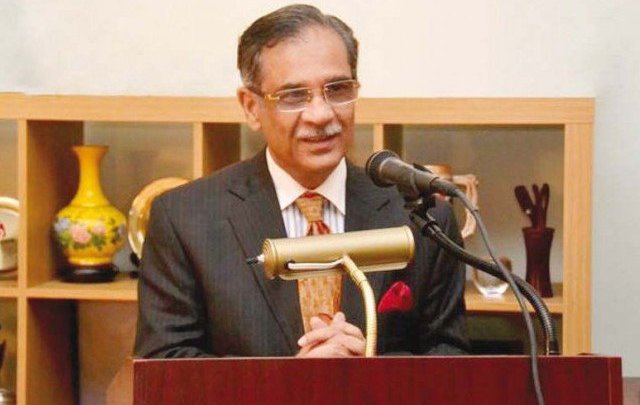 KARACHI: Chief Justice of Pakistan (CJP), Justice Mian Saqib Nisar on Sunday said that the judiciary was not under anyone’s pressure.
Hearing a case in the Supreme Court’s Karachi registry, the CJP said that judiciary was working independently adding that he was deeply disappointed after reading statement of judge.
He was responding to the remarks of Islamabad High Court’s (IHC) Judge, Justice Shaukat Aziz Siddiqui regarding interference of Inter-Services Intelligence (ISI) in judicial matters.
The CJP also vowed to launch an investigation into the matter and bring the facts to light.
Justice Shaukat Aziz Siddiqui had alleged that the ISI was manipulating the judicial procedures.