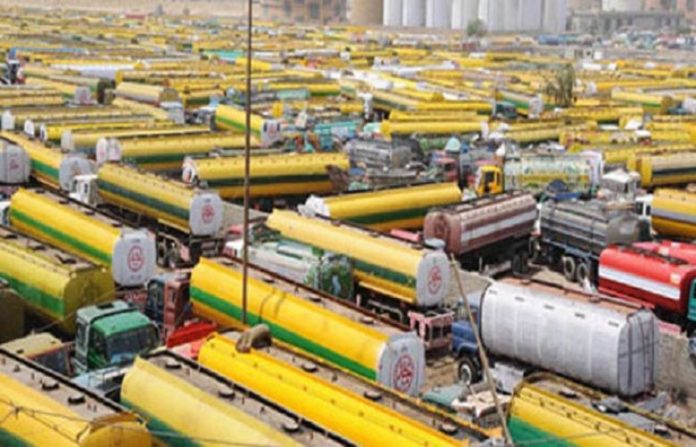 ISLAMABAD: Members of the Oil Tankers Association on Tuesday announced boycott of Oil and Gas Regulatory Authority (OGRA) and vowed that the strike will continue till the government does not accept their demands.
Negotiations between the Oil Tankers Association and the Ministry of Petroleum failed as the association announced the strike would continue.
The Oil Tankers Association and OGRA remained firm on their respective demands and refused to budge. The association refused to act on the directives of OGRA.
The association stated that a two axle tanker was used for the transportation of 40,000 litres of petrol. The association wondered why now a three axle tanker is being demanded.
“It is not possible to implement the new laws of OGRA immediately,” claimed members of the association. “We are implementing the laws of OGRA for the past 10 years,” they added.
Imran Ghaznavi, spokesperson of OGRA, stated that in order to transport 50,000 litres of petrol, a five axle tanker was necessary.He said that in order to transport 40,000 litres of petrol, a three axle tanker was necessary.
“For God’s sake, stop playing with the lives of people,” he said. “No compromise will be made on the lives of people,” he added.
Ghaznavi said that the tanker mafia was blackmailing the government. He urged the association not to blackmail the government but come to the table for talks.