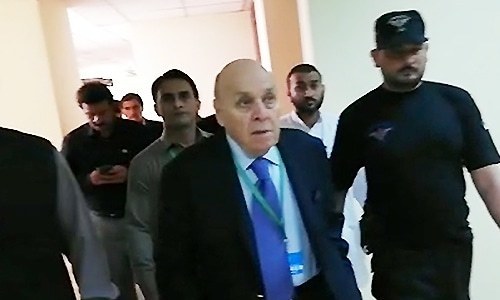 ISLAMABAD: Main accused in mega fake accounts and money laundering scam – Omni Group owners Anwar Majeed and others – Wednesday filed a review petition against the Supreme Court regarding filing of reference by NAB in Islamabad.
The petitioners contended that the apex court order, pertaining to filing of reference in the fake bank accounts case in Islamabad, was ‘unlawful’.
“The Joint Investigation Team (JIT) and NAB may carry out investigations in Karachi as well,” since all allegations and witnesses belong to the metropolis, the review petition added.
The petitioners apprised the Supreme Court of the non-availability of complete JIT record to the accused which was “a prerequisite for a fair trail.”
The case in question was relevant to the Federal Investigation Agency (FIA), rather than the NAB, and “it is being kept in limbo illegally,” the petition further claimed.
The charge sheet has not been presented by the FIA yet, “the agency be directed to immediately submit a challan of the case in the banking court.”
Referring to the JIT report, the petition maintained that further probe into the case may affect the right of a fair trail.
“The JIT report is based on assumption,” the petition added.