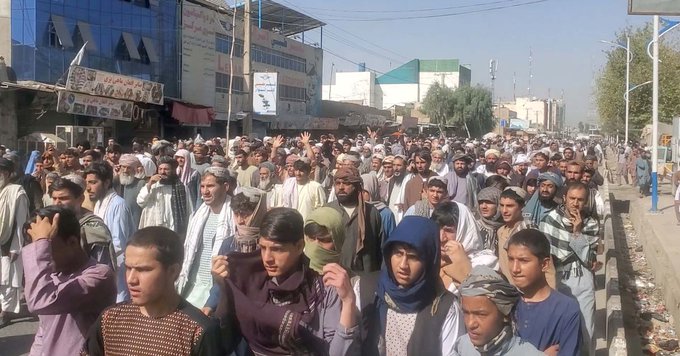 A month after seizing Kabul, the Taliban face daunting problems as they seek to convert their lightning military victory into a durable peacetime government.

After four decades of war and the deaths of tens of thousands of people, security has largely improved, but Afghanistan’s economy is in ruins despite hundreds of billions of dollars in development spending over the past 20 years.

Drought and famine are driving thousands from the country to the cities, and the World Food Programme fears food could run out by the end of the month, pushing up to 14 million people to the brink of starvation.

While much attention in the West has focused on whether the new Taliban government will keep its promises to protect women’s rights or offer shelter to militant groups like al Qaeda, for many Afghans the main priority is simple survival.

Long lines still form outside banks, where weekly withdrawal limits of $200 or 20,000 afghani have been imposed to protect the country’s dwindling reserves.

Impromptu markets where people sell household goods for cash have sprung up across Kabul, although buyers are in short supply.

Even with billions of dollars in foreign aid, Afghanistan’s economy had been struggling, with growth failing to keep pace with the steady increase in population. Jobs are scarce and many government workers have been unpaid since at least July.

While most people appear to have welcomed the end of fighting, any relief has been tempered by the near-shutdown of the economy.

“Security is quite good at the moment but we aren’t earning anything,” said a butcher from the Bibi Mahro area of Kabul, who declined to give his name. “Every day, things get worse for us, more bitter. It’s a really bad situation.”