MIRANSHAH: One soldier was martyred and two others were injured in an attack on the security forces convoy in South Waziristan tribal district on Saturday.
One soldier was martyred and two others were injured when militants opened fire on a patrolling party in Wana. The martyred soldier was identified as Bakhtiar, while the injured included Akmal and Haider Zaman. They were shifted to Razmak Camp Hospital.
In another attack, two soldiers were martyred and two others sustained injuries when a vehicle of the security forces was attacked by miscreants with rockets in Gurbaz area of Shawal tehsil in North Waziristan. Official sources said the martyred soldiers were identified as Sarbuland and Saeed Ahmad, while the injured were identified as Anwar Masood and Hamza Rehman. The security forces shifted the bodies and the injured to hospital.
Earlier in the day, a tribal elder escaped unhurt in a roadside blast in Mir Ali tehsil of North Waziristan. Official sources said tribal elder Malik Shera Jan was going to drop his children to school in the morning when a bomb planted on the roadside exploded on his vehicle in Sokhel village. Malik Shera Jan remained safe in the incident. However, his car suffered minor damage. 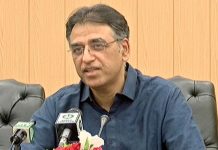 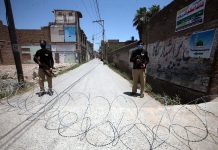 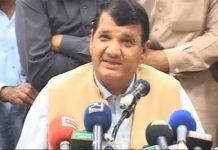