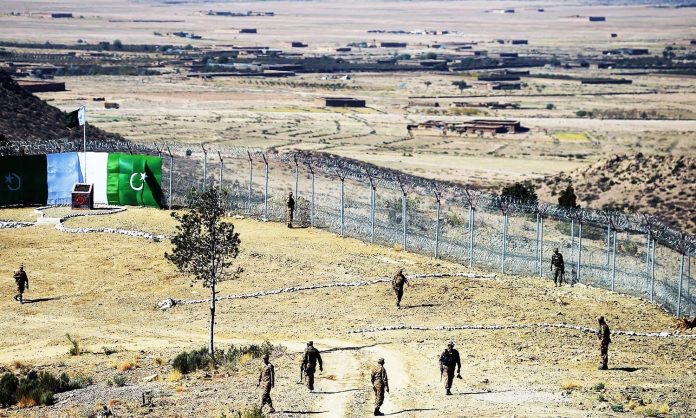 LANDI KOTAL: One Pakistan Army soldier was martyred while four others sustained injuries in a landmine blast which occurred near the Pak-Afghan border in Landi Kotal.
According to Inter-Services Public Relations (ISPR), the incident took place during fencing along the Pak-Afghan border where scores of Pak Army officials sustained injuries.
On Dec 1, two terrorists were killed and a Frontier Corps (FC) jawan martyred in the attack on FC post in North Waziristan near the Pakistan-Afghanistan border on Sunday.
In a statement issued by the Inter-Services Public Relations (ISPR), the terrorists attacked FC post in North Waziristan District near the Pak-Afghan border.
During an exchange of fire, two terrorists were killed on the spot, while Lance Naik Muhammad Imran of FC KP embraced martyrdom and two FC soldiers got injured.