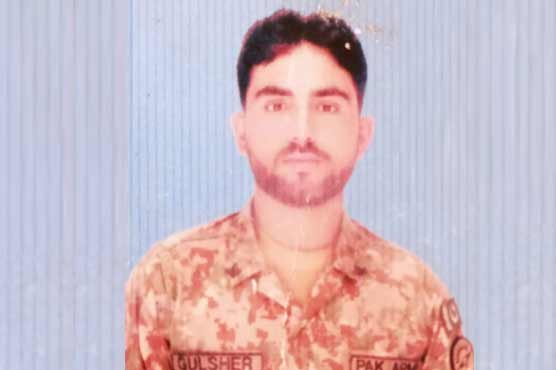 BANNU: A soldier of the Pak army was martyred in an explosion in Banu, ISPR said in a statement.

The ISPR said that the IED blast occurred in Janikhel area of Bannu, in which soldier Gul Sher was martyred. The ISPR added that 24 years old Gul Sher belonged to Khyber district. The ISPR maintained that the security forces have started search operation against the terrorists in the area.