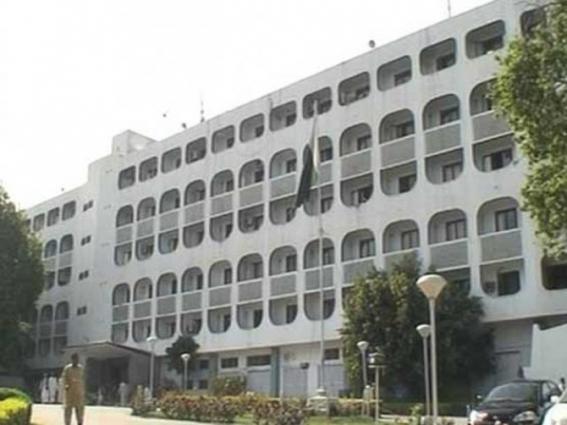 0 Shares
Tweet
WhatsApp
Share
Email
ISLAMABAD: Foreign Office has said that Pak-Army is supporting the democratic process in the country.
harmony existed between the civil and military leadership of Pakistan, said  a statement, issued from the spokesperson of the Ministry of Foreign Affairs on Thursday.
He said that the only way to resolve tensions between India and Pakistan was through dialogue. The spokesperson further stated that Pakistan was ready to hold dialogues with India.
The foreign office spokesperson termed Pakistan’s inclusion into the Shanghai Cooperation Organization as a victory of the foreign office’s policy. He also expressed disappointment at the loss of life at the recent Istanbul international airport attack in Turkey, which killed 41 people and injured more than 200.
The foreign office spokesperson also said that Pakistan wanted the Afghan refugees to return to Afghanistan officially. For this purpose, Pakistan wanted serious negotiations with Afghanistan and the United Nations, he said. He further disclosed that the date for Afghan refugees’ stay in Pakistan has been extended to December 31.
He also said with regard to the Mumbai attacks that Pakistan had sought more evidence from India. The spokesperson said that the Foreign Secretary had written a letter to the Indian authorities to provide Pakistan with more evidence regarding the Mumbai attacks case. He said that Pakistan would bring the Mumbai attacks case to its logical end.
The spokesperson also confirmed that American senator John McCain would soon visit Pakistan.