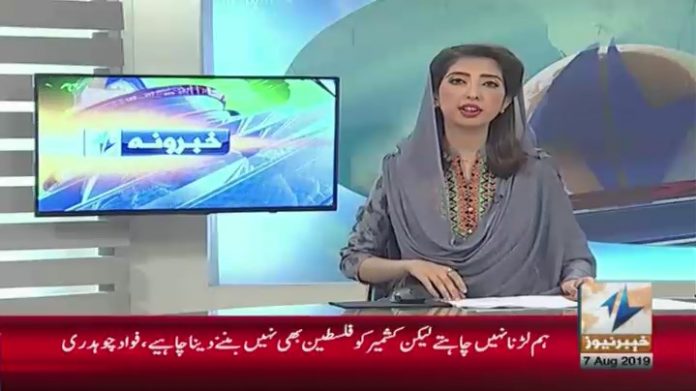 ISPR chief Major General Asif Ghafoor has warned the Indian Army that any attempts at a “misadventure” will be met with a response “stronger” than that of February 27.

He took to Twitter late Thursday night to respond to a video posted by the Indian Army’s Chinar corps commander in which he said anyone who tries to disrupt the peace in the valley will be “eliminated”.

“Usual blatant lies,” dismissed Major General Ghafoor, who termed the video an “attempt to carve out causes for a misadventure to divert world attention from the precarious situation and atrocities” in Indian-Administered Jammu and Kashmir.

“While IOJ&K faces a media blackout, Azad Jammu and Kashmir is open to foreign media and the United Nations Military Observer Group in India and Pakistan to visit places of their own choosing. Can you do same?” he asked.

“Should there be an attempt by the Indian Army to undertake any misadventure, Pakistan’s response shall be even stronger than that of February 27, 2019,” he warned. “Thousands of Indian troops have failed to suppress the just struggle of brave Kashmiris for decades. This current surge won’t succeed either,” he wrote.

Tensions have been high between the two countries since February 27’s skirmishes along the Line of Control. Pakistan shot down an Indian fighter plane that crossed into Pakistan’s territory and captured its pilot. He was released a day later.