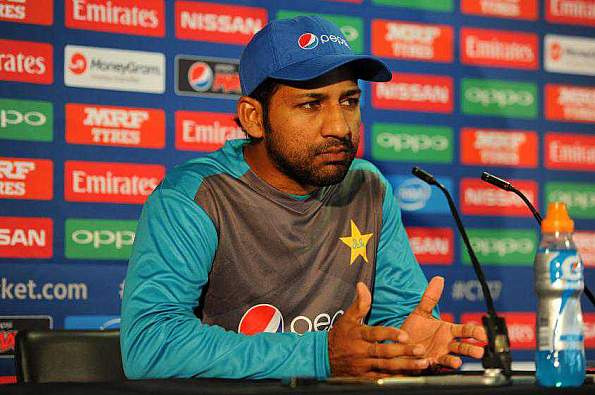 LAHORE: Pakistan cricket team captain, Sarfraz Ahmad said on Tuesday his team has quality bowlers, who are capable of filling the void and putting pressure on the New Zealand during the one-day series.
“We still have bowlers who can put pressure on New Zealand despite the absence of three key bowlers, who are injured,” he told reporters here at the conclusion of the training camp at Gaddafi Stadium to prepare the team for the tour of New Zealand.
Sarfraz Ahmed said “It’s unfortunate that three of our key bowlers — Junaid Khan, Usman Shinwari and Imad Wasim — are injured. But we still have good bowlers, who can trouble New Zealand,” he said, highlighting Hasan Ali, who was declared the player of the Champions Trophy in England this year with 13 wickets.
He said Pakistan team is ready after its Champions Trophy victory in England. “We have done the best preparation for the tour and all the players are in good form so we will do our best on the New Zealand tour,” he said.
“Apart from opener Fakhar Zaman, all other players have already played in New Zealand, so they know about the tough conditions and about the New Zealand team. So we are ready for the challenges and I hope we will deliver,” he added.
Pakistan lost 0-2 to New Zealand in a three-match series in January last year. They have won only two of their 11 ODI series in New Zealand, with one draw and eight losses.
New Zealand have been in good form at home, having lost only to South Africa in an ODI series since 2014. They have beaten Australia thrice, Pakistan twice, and Bangladesh and Windies once each during that period.
The Kiwis Tuesday won a one-day series against the West Indies 3-0 but Sarfraz is still upbeat about Pakistan chance.
“We have a strong bowling unit and I am sure that the batting will also come good in tough conditions in New Zealand, so we have a good chance to do well against the hosts,” he said.
Sarfraz also called on his faltering batting unit to stand up and be counted. “Whenever we have needed it, our batting has come good and has performed. We will need to turn our abilities into performances.”
Sarfraz accepted that away tours were always tough. “We know that when we go abroad, we face different and difficult conditions and we have to be ready for that,” he pointed out.
“When we go there, we will assess the situation and get some practice in the side games.”
Pakistan’s 15-man squad flies early on Wednesday to play five one-day internationals followed by three Twenty20s, with the first ODI in Wellington on January 6. – APP