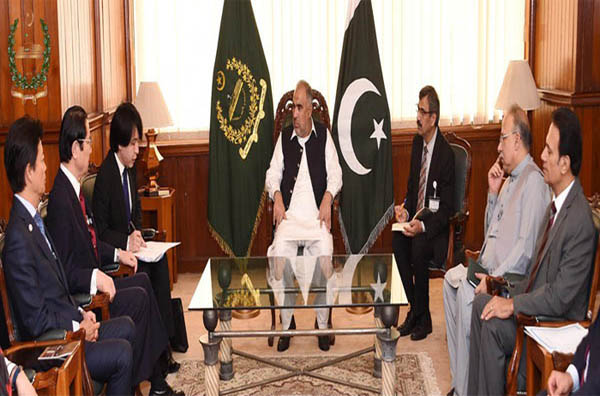 ISLAMABAD: A six member Japanese delegation headed by Head of Japan-Pakistan Friendship Group Seishiro Eto called on Speaker National Assembly Asad Qaiser in Islamabad today and discussed with him bilateral relations.
The speaker in his remarks said Pakistan attaches importance to its relations with Japan and desires to further expand them.
The speaker said Japan-Pakistan friendship group will be made more functional in order to promote parliamentary exchanges between the two countries.
Seishiro Eto stressed for enhancing economic and trade relations between the two countries.
The Japanese delegation said Japan will further bolster its cooperation with Pakistan in different areas including education and energy.