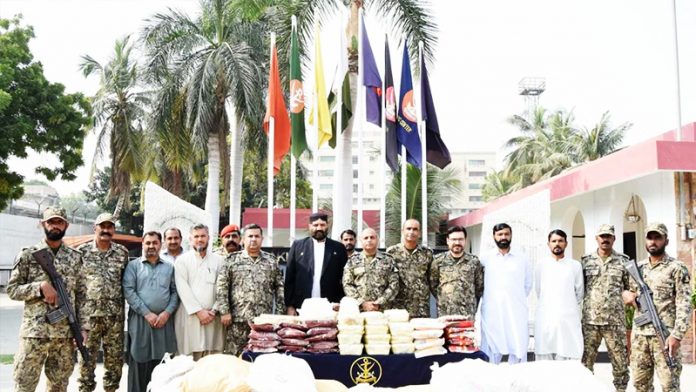 Pakistan Coast Guards confiscated drugs worth Rs 20 billion in Pasni Balochistan. This is the country’s biggest drug bust of this year. PCG confiscated 751 kg of methamphetamine and heroin that officials say sells for around Rs 20 billion in the international market, Khyber News reports.

Pakistan Coast Guards blocked sea routes on Monday night and deployed troops for surveillance after the director-general received a tip-off that the drugs were being smuggled to South Africa. Officials found 143kg of meth and 608kg heroin hidden in sacks near the mountains.
The last time drugs worth this much were taken hold of in Pakistan was in 2019 when the guards confiscated meth and heroin worth around Rs13 billion in Balochistan.