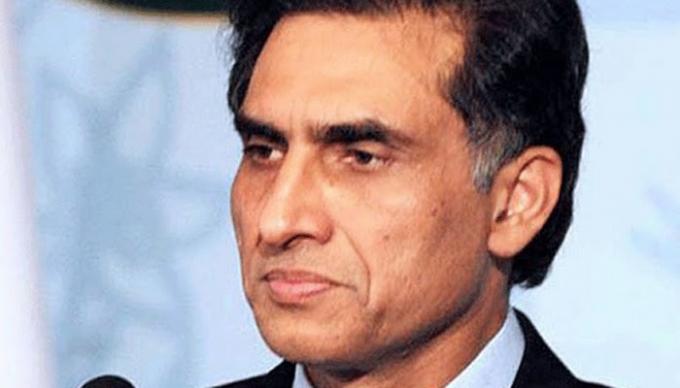 WASHINGTON: Pakistan’s foreign secretary hotly denied his country could sell Saudi Arabia a nuclear weapon, after days of high-level talks in Washington.
After meetings at the White House, Pentagon and State Department, Aizaz Ahmad Chaudhry described the suggestions Pakistan could sell a weapon as "unfounded, baseless and untrue."
"Pakistan’s nuclear program has nothing to do with any other country," he told reporters. "This is a deterrence that we develop in response to a threat perception that we have from our east. That’s it."
"Pakistan is not talking to Saudi Arabia on nuclear issues, period."
Gulf diplomats have suggested that Saudi Arabia and perhaps even the United Arab Emirates could buy a bomb from their staunch allies in Islamabad to safeguard against a nuclear Iran.
For decades Tehran has been building its nuclear capability, although it denies allegations from the west that the program is military-focused.
Arab largely Sunni Muslim Gulf states see Tehran as increasingly aggressive abroad, fueling conflicts and supporting terror groups in Lebanon, Syria, Iraq, Yemen, Bahrain and Saudi Arabia itself.
Anxiousness has peaked as President Barack Obama prepares to ink a nuclear deal with Iran.
While the planned agreement would curb Iran’s nuclear program, Tehran would retain significant capabilities with a short "breakout period" needed to weaponize.
Saudi Arabia also fears that resulting US sanctions relief would hand its Persian and Shiite arch foe tens of billions to spend on its military, while key elements of the nuclear program would remain intact.
Earlier Thursday, Chaudhry accused India of suspending a fragile peace process in recent months as relations between the two nuclear-armed South Asian rivals continue to fray, notably over Kashmir.
"Pakistan is open to continuing dialogue with India. The dialogue is suspended not because of us. It’s because of India. But we have made it clear that to us the only solution to move forward is through dialogue," Chaudhry said at a US think tank.
"We want to have normalization with India. There is no doubt in our minds," he said.
"I don’t see that consensus on the Indian side, I’m afraid to say."
The last high-level meetings between Islamabad and New Delhi date back to March when Chaudhry received India’s number two diplomat Subrahmanyan Jaishankar in the Pakistani capital.
In May 2014, Pakistani Prime Minister Nawaz Sharif attended the inauguration in New Delhi of his Indian counterpart Narendra Modi, relaunching relations between the perennial foes.
Born out of the bloody partition of the British-ruled India in August 1947, India and Pakistan have fought three wars against each other, notably for control of the strategic Himalayan region of Kashmir, which is divided between them.

After an initial thaw, India cancelled a meeting of their foreign ministers scheduled for August in reaction to a meeting of Pakistani officials with separatist leaders from Indian Kashmir… Agencies