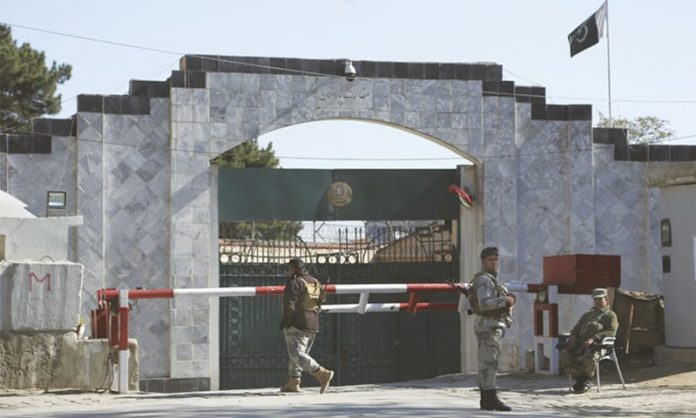 ISLAMABAD: Pakistan and Afghanistan has announced mutual resumption of visa services after a three-month diplomatic row.
“Pakistan Embassy is happy to announce that it would be resuming its full consular services with effect from Sunday, 29 December, 2019,” the diplomatic mission in Kabul said in a Twitter post on Saturday.
Pakistan’s Embassy had closed its visa section on November 4 to protest alleged harassment of its diplomats in Afghanistan.
After frequent reported cases of Pakistani diplomats’ harassment in Afghanistan, the Foreign Office had also summoned the Afghan chargé d’affaires to convey serious concerns over the safety and security of embassy personnel in Kabul and its sub-missions
Meanwhile, Afghan authorities also announced the reopening of Peshawar consulate general after a nearly three-month closure.
The mission had been shut to protest removal of the Afghan national flag from an ‘Afghan market’ built on a disputed piece of land.