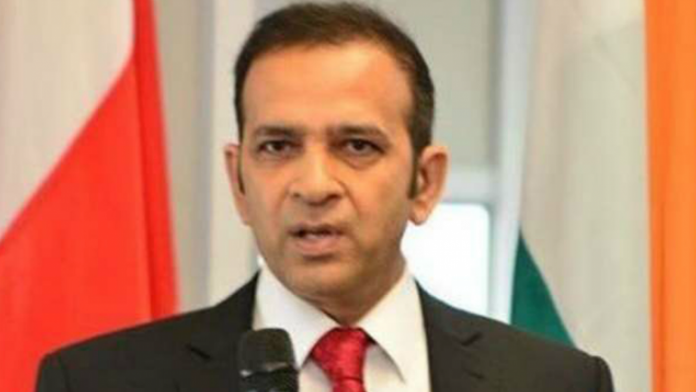 ISLAMABAD: Pakistan announced Wednesday that it was expelling the Indian High Commissioner and suspending bilateral trade with its nuclear-armed neighbour, days after New Delhi stripped the disputed Kashmir region of its special autonomy.
“We will call back our ambassador from Delhi and send back their” envoy, foreign minister Shah Mehmood Qureshi announced in televised comments.
Qureshi spoke as the government released a statement declaring that Pakistan will suspend trade with India in a downgrading of diplomatic ties between the arch-rivals.
Islamabad also vowed to take the matter to the United Nations Security Council (UNSC).
Monday’s decision by Prime Minister Narendra Modi’s government to tighten control on the Muslim-majority Kashmir had been widely expected to trigger conflict with Pakistan and reignite an insurgency that has already cost tens of thousands of lives.
Delhi has insisted that the move is an internal matter.
Kashmir has been divided between Pakistan and India since independence in 1947.
A day prior, Prime Minister Imran Khan vowed to fight the issue “on every forum” and demanded the international community take action, accusing Modi of an anti-Muslim agenda.
The Pakistani military has also said it “firmly stands” with Kashmiris.