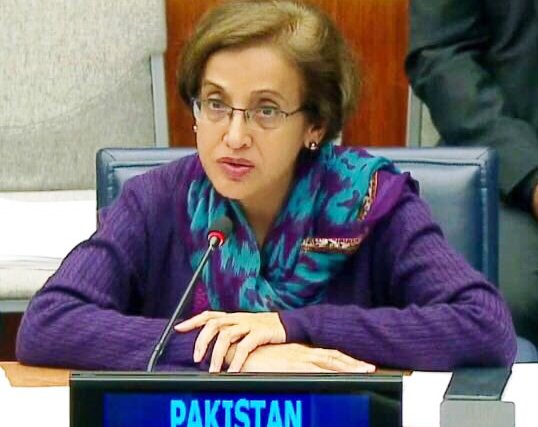 ISLAMABAD: Foreign Secretary Tehmina Janjua on Friday expressed deep concern over US Vice President Mike Pence’s comments regarding Pakistan and its role in the war against terrorism during his unannounced visit to Afghanistan.
Addressing the Senate’s Standing Committee on External Affairs, Janjua said the recent comments by the US vice president and Pentagon were worrisome, and urged the United States to treat both Pakistan and India on an equal footing.
In an apparent warning to Pakistan during his surprise visit to Afghanistan on Thursday, Pence said that Pakistan has “much to gain from partnering with our efforts in Afghanistan. The days to shelter terrorists have gone. It has much to lose by continuing to harbour terrorists.”
Pence also said President Trump has “put Pakistan on notice for providing safe haven” to the terrorists on its soil.
Expressing her reservations over Pence’s statement, Foreign Secretary Janjua pointed out that during US Defence chief James Mattis’ recent visit to Pakistan, the regional security situation and bilateral relations between the US and Pakistan were brought under discussion.
She said Mattis had assured Pakistan of resolving the issue of use of Afghan soil by terrorists to carry out attacks in Pakistan.
The United States should take into consideration Pakistan’s concerns, and treat both Pakistan and India equally, she said.
The foreign secretary said Pakistan has destroyed terrorists’ safe havens on its soil. She added that talks between Pakistan and US are ongoing regarding the US’ one-sided statements.
She reiterated that Pakistan wants to resolve all issues through negotiations with India.
India, however, only wants talks on terrorism. India is carrying out state-terrorism in Occupied Kashmir, she lamented.
Hailing the United Nations’ resolution condemning US decision on Jerusalem by 128-9 vote, Janjua said Pakistan adopted a clear stance on Palestine. “Surprisingly, India also voted in favour of the UN resolution,” she added.