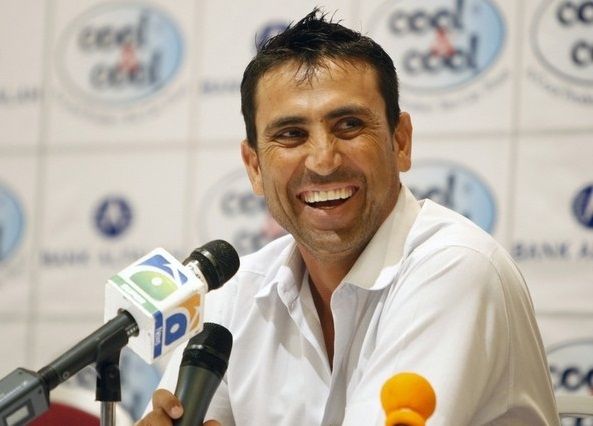 QUETTA: Former Pakistan skipper Younis Khan said on Tuesday, the Pakistan and India Asia Cup encounter will be one to watch.
Speaking to media, at a cricket camp for Balochistan cricketers, Khan said, the game between Pakistan and India will be exciting.
Khan added, there is a fifty fifty chance for both the teams and whichever teams plays the best will win.
Pakistan will take on India on September 19 in Asia Cup.
The veteran batsman who led Pakistan to their victory in the 2009 ICC World T20, said, regular series between the two countries is important.
“A series like Ashes can be played between the two teams,” Khan said.
“It doesn’t have to be every year. It would be every two years or three years,” he added.
On the subject of leagues and domestic cricket, the veteran batsman said, league cricket like the Pakistan Super League (PSL) is important for the improvement of cricket in the country.
“Bangladesh and India both have their own cricket leagues and their cricket has vastly improved,” he said.
Khan added these leagues are a good way to find new talent.
“Shadab Khan, Hasan Ali, Fakhar Zaman and Shaheen Shah Afridi all came through PSL,” he added.
Moreover, he added, department cricket is now in competition with regional cricket.
“Even if the two are merged there will still be new talent,” he added.
“The important thing is to give the same level of importance to domestic cricket that we give to international cricket,” Khan said.
He added, if money is poured into the domestic circuit, we will get better results.
When asked about dam fund and the contribution towards it, Khan said, dams are important for the country and we should all contribute towards it.