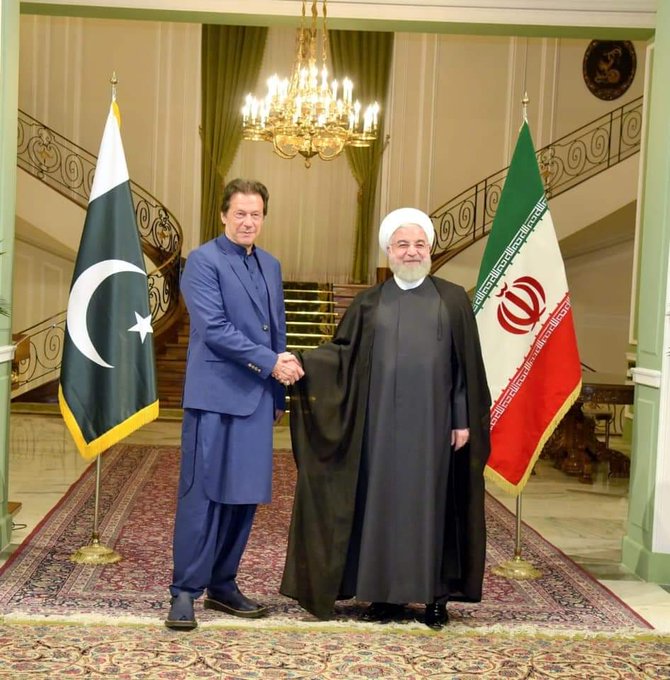 TEHRAN: Pakistan and Iran have agreed that issues between the countries should be resolved through political means and dialogue for regional security and stability.
Addressing a joint news conference along with Iranian President Hassan Rouhani after their meeting in Tehran today, Prime Minister Irmran Khan said his visit is aimed at reducing tensions between Iran and Saudi Arabia as Pakistan does not want any other conflict in the region.
He said Pakistan has suffered 70,000 casualties in war on terrorism and neighboring Afghanistan also suffered badly in the conflict going on in that country. Imran Khan also mentioned the conflict in Syria and the plight of Syrians as a result of it.
The Prime Minister said Saudi Arabia is one of the closest friends of Pakistan and Riyadh has always helped us in all times of need. Imran Khan emphasized that Pakistan does not want any conflict between Iran and Saudi Arabia while recognizing that it is a complex and complicated issue.
Earlier, Prime Minister Imran Khan held a meeting with President of Iran Hassan Rouhani at Tehran today.
Foreign Minister Shah Mehmood Qureshi, Special Assistant Syed Zulfiqar Abbas Bukhari and senior officials were also present.
The Prime Minister held wide-ranging consultations with President Rouhani.
This is the second meeting between the two leaders within one month.
The Prime Minister said Pakistan attaches high importance to bilateral ties with Iran.
Prime Minister Imran Khan said Pakistan is willing to play its role towards strengthening peace and stability in the region.
Earlier, Prime Minister Imran Khan met Iranian President Hassan Rouhani in Tehran during his a one-day official trip and discussed wide-ranging consultations. 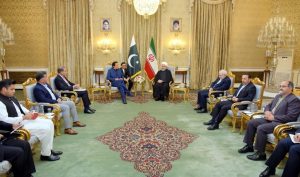 “Pakistan attaches high importance to bilateral ties with Iran,” the prime minister was quoted as saying by the PTI. “Pakistan is willing to play its role towards strengthening peace and stability in the region.”
Earlier today, PM Imran arrived in Tehran where he was received by Foreign Minister of Iran Javad Zarif. Foreign Office, in a statement issued on Saturday, said that Prime Minister Imran was undertaking the visit to Tehran “as part of his initiative to promote peace and security in the region”.
Foreign Minister Shah Mahmood Qureshi and Special Assistant to PM on Overseas Pakistanis Sayed Zulfiqar Abbas Bukhari were also accompanying the premier.
During the visit, PM Khan will have meetings with the Iranian leadership, including Supreme Leader Ayatollah Sayed Ali Khamenei. Besides issues relating to peace and security in the Gulf, bilateral matters and important regional developments will be discussed.
This will be the Prime Minister’s second visit to Iran this year.
The Prime Minister also had a bilateral meeting with the President of Iran on the sidelines of 74th UNGA Session in New York in September 2019.