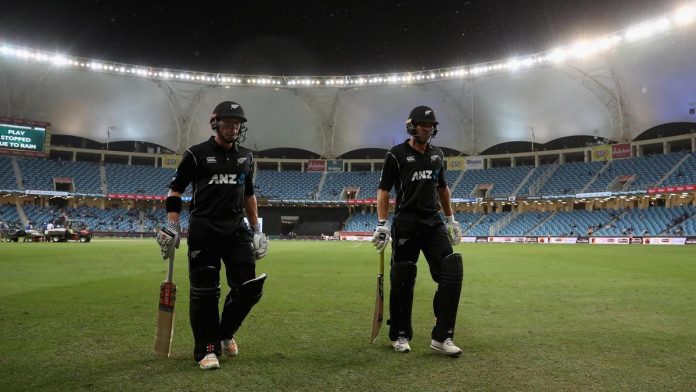 DUBAI: The third one-day international between Pakistan and New Zealand has been abandoned due to heavy rain in Dubai.
The three-match series has been jointly shared by the two teams.
Heavy rain interrupted the third one-day international as New Zealand were chasing a daunting 280-run target set by Pakistan in Dubai on Sunday.
New Zealand were 35-1 after 6.5 overs when the umpires signalled for a stoppage in play after light rain turned into heavy showers.
Pakistan scored 279-8 after they won the toss and batted, with Babar Azam (92), Fakhar Zaman (65) and Haris Sohail (60) making useful contributions.
The three-match series is tied at 1-1 after New Zealand won the first match by 47 runs and Pakistan clinched the second by six wickets — both in Abu Dhabi.