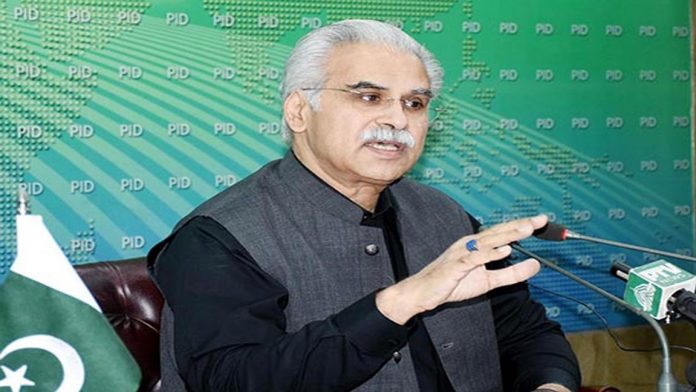 ISLAMABAD: Special Assistant to the Prime Minister on Health Dr Zafar Mirza confirmed on Saturday that Pakistan will not be bringing its students back from Wuhan yet. In fact, Pakistanis will not be allowed to leave China unless they pass a 14-day incubation period and test negative for the coronavirus.
During a press conference, he said China is able to treat them and has the facilities. No case of coronavirus has been confirmed in Pakistan yet, he said, explaining that they had kept four to five people under observation but they haven’t tested positive for the virus that originated in Wuhan.
Four Pakistani students in Wuhan tested positive for the virus, he said, adding that because they were diagnosed early, they’re recovering and healthy.
We need to be cautious with this, he said. Dr Mirza said Pakistan is being responsible by not bringing its citizens in Wuhan back. Pakistan asked China to implement this 14-day waiting period, he said, adding that China has already implemented for its own citizens.
Pakistan is being responsible, he said. The decision not to bring back the students is also in line with the WHO regulations and recommendations, he said.
Pakistan has complete faith in China’s government and public healthcare system, he said. The steps they’re taking are to make safer for their own people, foreigners in their country and the rest of the world, he said.

Also read: First suspected coronavirus case surfaced in Khyber Pakhtunkhwa
Other countries are bringing their people back and there are viral videos of students in Wuhan raising issues, he admitted.
Till now, seven to eight countries have either evacuated their citizens or requested evacuations, he said. But China has said it’s not right to evacuate people as per public health safety protocol, he said.
Dr Mirza said that we should not forget that the residents of 120 countries are still in Wuhan. Those countries are indirectly supporting China’s measures, he said.
I spoke to Foreign Minister Shah Mahmood Qureshi yesterday and we concluded that the steps we have taken are correct, he said. China has told Pakistan that because of the bond between the two countries, it is ready to take special care of the students and other citizens there, said Dr Mirza.

Also read: Pakistan firmly stands with China in battle against coronavirus: FM Qureshi
He said Pakistan will be receiving the kits needed to confirm or rule out coronavirus cases tonight.
We can keep Pakistanis safe from this virus, he said, outlining the basics of a plan to screen people coming from China.