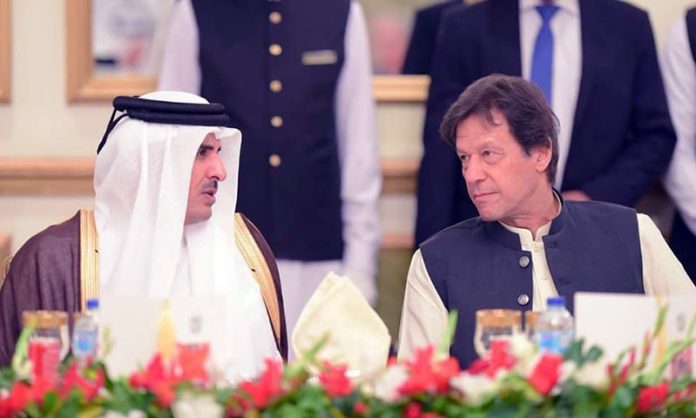 ISLAMABAD: Pakistan on Saturday has received the first tranche of US $500 million from Qatar that will help to boost the foreign-exchange reserves of the country.
According to reports, the first installment of $500 million was deposited to the State Bank of Pakistan (SBP).
The aid from Qatar will boost the foreign exchange reserves of Pakistan, said SBP.
Qatar had earlier announced a new investment worth a total of US $3 billion in the form of deposits and direct investments to Islamabad.
The Qatari support comes after Emir of Qatar Sheikh Tamim bin Hamad Al Thani’s [two-day] visit to Pakistan to underscore the deep relations between the two brotherly countries and peoples.
Saudi Arabia had earlier provided Pakistan a $3 billion loan and a similar amount every year in oil supply on deferred payments. Another Gulf state, the United Arab Emirates had also announced a $3 billion loan package for the country.