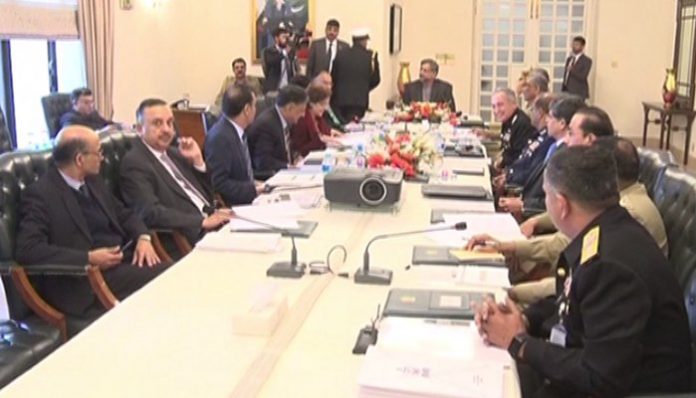 ISLAMABAD: The National Security Committee, in a meeting on Monday, condemned the recent attack on a church in Quetta and said terrorism is against the teaching of Islam.
“The attack is against the Islamic teachings of tolerance and peace,” the committee declared in a session chaired by Prime Minister Shahid Khaqan Abbasi.
Chief of Army Staff General Qamar Javed Bajwa, along with military and civil leadership, was in attendance. Interior Minister Ahsan Iqbal and National Security Adviser Lieutenant General (retired) Nasser Janjua were also part of the meeting.
Foreign Secretary Tehmina Janjua briefed the committee on the Organisation of Islamic Cooperation (OIC) Summit in Istanbul.
“Trump’s one-sided decisions are not acceptable by Pakistan,” the committee declared, referring to the recent announcement by the US president to acknowledge Jerusalem as Israel’s capital.