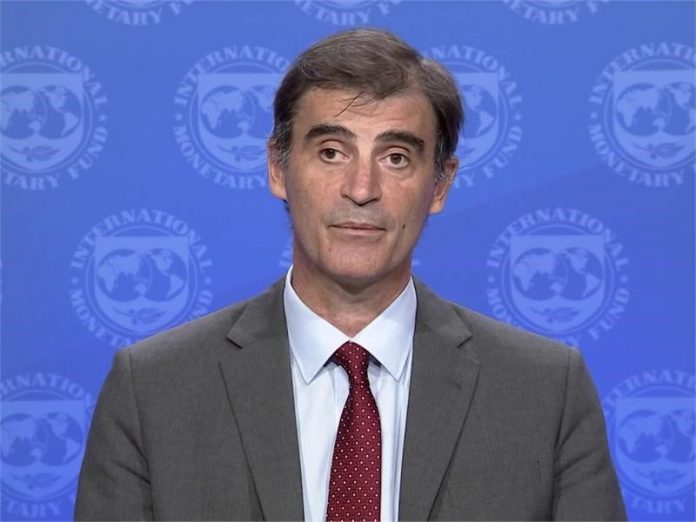 ISLAMABAD: Pakistan will receive the $1 billion installment from the International Monetary Fund’s (IMF) under the recently concluded $6bn bailout package today.
Speaking at a news conference on Monday, IMF chief mission chief for the country Ernesto Ramirez-Rigo said the bailout package for Pakistan was aimed at stability of the nation’s economy and institutions.
“Pakistan has paid attention to economic reforms, he explained, adding that the US dollar exchange rate in the country was nearer to the reality. It was necessary to bump up tax collection in order to stabilize the economy,” Ramirez-Rigo said.
It was clear in light of the bailout package that Pakistan would implement economic discipline, Ramirez-Rigo mentioned. It was the need of the time that the country reduced tax leeway and concessions, he added.
Whether the state institutions were to be operated at a loss or profit was up to the government but the burden of institutions being run at a loss post-privatization would be eliminated and non-tax income increased, the IMF’s mission chief noted.
The provinces, Ramirez-Rigo went on to explain, needed to play their role in collecting taxes worth Rs5.5 trillion as 57 per cent of the tax revenue was provided to the provinces. It was in this regard that the center and provinces were required to collaboratively make efforts to achieve the tax target.
Tax collection translates into economic progress and autonomy for the State Bank of Pakistan (SBP) was crucial for transparency in the economic performance, he underlined.
It is noteworthy that the IMF’s Executive Board on Wednesday had approved a three-year bailout package worth $6 billion to Pakistan.
IMF’s spokesperson, Gerry Rice, had confirmed the news on Twitter, saying, “IMF Executive Board approved today a three-year US$6 billion loan to support Pakistan’s economic plan, which aims to return sustainable growth to the country’s economy and improve the standards of living.”
Furthermore, the Asian Development Bank (ADB) on Monday announced its plan to support Pakistan with indicative lending worth up to $10 billion for various development projects and programs during the next five years.
The ADB held a series of consultations with the Pakistani government on Monday to “formulate a new Country Partnership Strategy (CPS), which will guide ADB’s engagement in the country from 2020 to 2024”, it said.