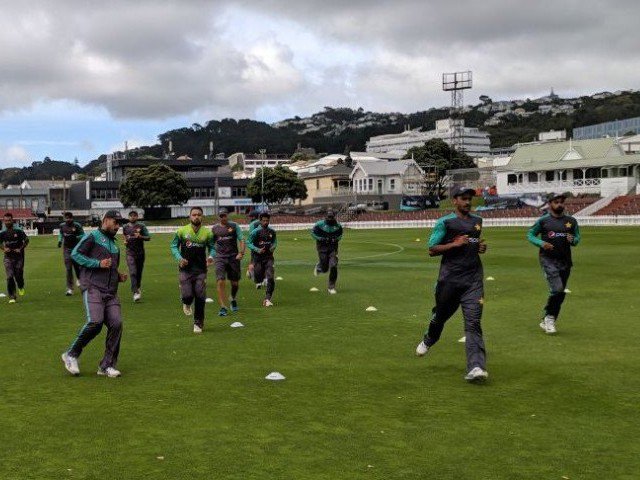 WELLINGTON: Pakistan will be looking to avenge a 5-0 ODI whitewash as they take on New Zealand on Monday in the first of the three-match T20I series at Wellington.
Also, Pakistan are on a three-match losing streak against the Kiwis in the shortest format and will be looking to avoid the same fate which they witnessed in the ODIs, which head coach Mickey Arthur believes was because of the top-order batting failure.
“They’ve got the ability and without wanting to look for excuses, they need to get better in these conditions,” Arthur said, as quoted by ESPNcricinfo. “Our guys need to step up, that’s the bottom line. Our top-order hasn’t done a job for us in the series and that’s a pity. Haris Sohail coming in gave us some stability, and he showed us how to apply ones self in these conditions.”
Pakistan were seen playing catch-up in the ODI series after not being able to get prolific or even decent starts due to losing early wickets and Arthur believes team needs to put their games faces on since the World Cup is just 18 months away.
“With the World Cup coming up in a year’s time, it’s important now that the next one-day team we play is a team that we really believe can shake the World Cup up,” he said. “It’s not discrediting to the players in the dressing room because they have tried exceptionally hard, but we do need to reassess where we go tomake sure we get it right next time when we come out, particularly in foreign conditions.”