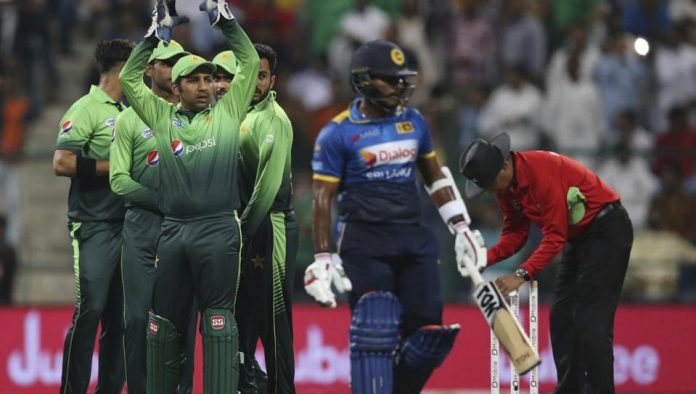 ISLAMABAD: India will do Pakistan a huge favour if they defeat New Zealand in an upcoming three-match Twenty20 International series as such a result will see their arch rivals top the MRF Tyres ICC Twenty20 Team Rankings.
New Zealand are the top-ranked side in the shortest format with 125 points but Pakistan have closed in to within one point after securing a 3-0 win in their series against Sri Lanka that culminated in Lahore on Sunday, said an ICC press release issued here.
India are placed fifth at 116 points and can at best go to second position with a 3-0 win over New Zealand which will take them to 122 points. Pakistan will reach the top rank with their tally of 124 points in such a scenario with New Zealand slipping to 114 points and fifth position. Even a 2-1 series win for India will be enough for Pakistan to move to the top with New Zealand slipping to 121 points.
Meanwhile, India pace bowler Jasprit Bumrah will head into the series on Wednesday as the number one bowler in the MRF Tyres ICC T20I Player Rankings which were updated after the Pakistan-Sri Lanka and South Africa-Bangladesh series.
Bumrah, who attained a career-best third position in the ODI rankings on Monday, has regained the T20I top spot after Pakistan spinner Imad Wasim slipped one place. India captain Virat Kohli, who on Monday edged AB de Villiers to claim top ranking in ODIs, also goes into the New Zealand T20I series as the top-ranked batsman in the format.
For New Zealand, captain Kane Williamson is the leading batsman at fourth place while left-arm spinner Mitchell Santner is the leading bowler in 12th position.
Meanwhile, South Africa batsman David Miller’s record-breaking 101 not out in Potchefstroom and an aggregate of 126 runs in the series has seen him move up 16 places to 22nd rank while Hashim Amla’s 88 runs have helped him gain five slots to reach seventh position. Other batsmen to move up after these two series are Bangladesh’s Soumya Sarkar (up 19 places to 28th) and Pakistan’s Shoaib Malik (up three places to 26th).
South Africa spinner Aaron Phangiso (up 19 places to 47th) has also made significant gains while Pakistan bowlers Shadab Khan (up 21 places to 40th), Mohammad Aamir (up 21 places to 49th) and Hasan Ali (up 10 places to 63rd) have made good progress. …APP