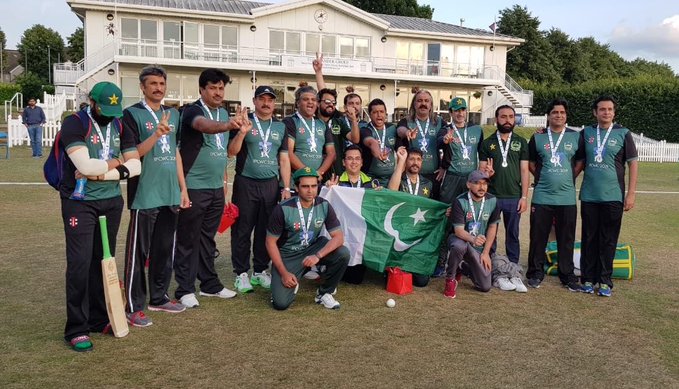 LONDON: Pakistan defeated Bangladesh to win the Inter-Parliamentary Cricket World Cup in England.
Pakistan won the final by a margin of nine wickets.
Bangladesh set a target of 105 in the final. Pakistan chased down the target with nine wickets in hand. Ali Amin Gandapur and Ali Zahid made 52 and 30 runs for Pakistan respectively.
Pakistan had beat Afghanistan to qualify for the final.
Teams from England, Afghanistan, Australia, Bangladesh, India and New Zealand had participated in the tournament.