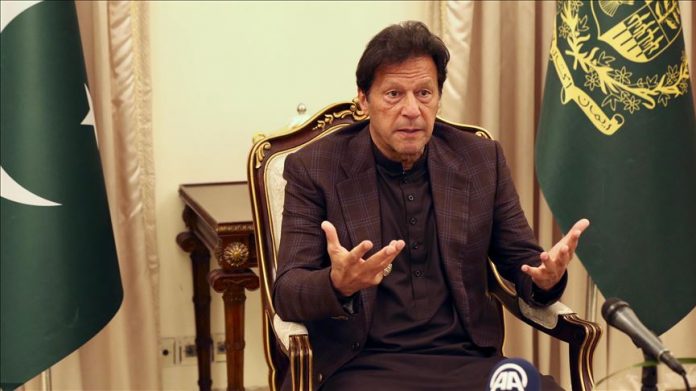 ISLAMABAD: Prime Minister Imran Khan in an interview with Turkish news agency said that diplomatic efforts by Pakistan have de-escalated the tensions in Mideast following the recent US-Iran conflict.
According to Anadolu Agency, PM Imran expressed: “We feel we played our part in bringing down tensions and we have averted war”. He added that things are still tense and require some more efforts for a permanent solution.
He went on to say: “I mean, this is not talking about when the missile strikes took place in Saudi Arabia when we tried, and we tried our best to play our part. But, you know, we can only try and we should always try because there is nothing worse than a conflict amongst neighbors.

Also read: PM Imran Khan to visit Malaysia on February 3
“We have seen what happened in Afghanistan, and especially in the Gulf. If there is a conflict, oil prices will go up. All the poor countries in the world will suffer”.
Talking about relations with Turkey, PM Imran said that Turkish President Recep Tayyip Erdogan is expected to visit Islamabad in the middle of February and hoped his visit would further strengthen the bilateral relations between both countries.
On the other hand, PM Imran expressed gratitude towards Turkey for standing with the people of Kashmir. He said that the statement given by President Erdogan on the recent situation in the occupied valley by the fascist and racist BJP government was encouraging. “We are very appreciative of President Erdogan because he condemned it in the UN. What is happening in Kashmir is illegal and violates humanitarian laws,” he expressed.