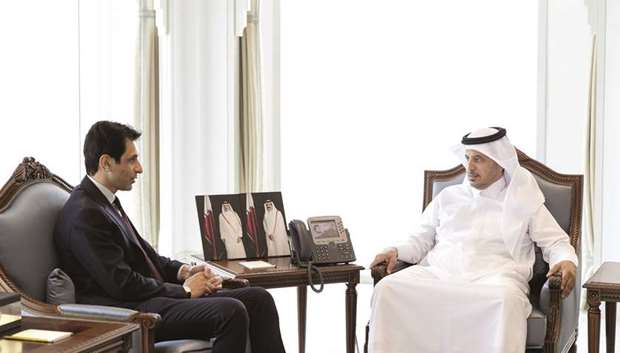 DOHA: Prime Minister and Minister of Interior Sheikh Abdullah bin Nasser bin Khalifa Al-Thani met with Ambassador of the Islamic Republic of Pakistan to Qatar Shahzad Ahmad on the occasion of ending of his tenure in the country.
Sheikh Abdullah bin Nasser wished Pakistani Ambassador success in his future tasks and further progress and prosperity to ties between the two countries, reported Qatar News Agency.
Pakistani Ambassador expressed his gratitude and appreciation to the Prime Minister and the State’s officials for the cooperation he received during his tenure. 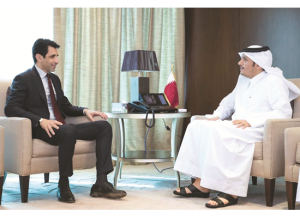 Meanwhile, Deputy Prime Minister and Minister of Foreign Affairs Sheikh Mohammed bin Abdulrahman Al-Thani also met Ambassador of Pakistan on the occasion of the end of his tenure in the country.
Sheikh Mohammed bin Abdulrahman Al-Thani thanked the Pakistani ambassador for his efforts in supporting and promoting bilateral relations, wishing him success in his future endeavors, reported Qatar News Agency.
He also hoped that the two states will continue their efforts to foster the sense of brotherhood and cooperation in their mutual relationship in future as well. 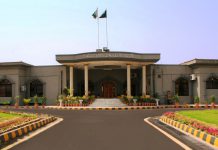 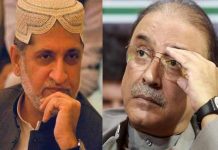 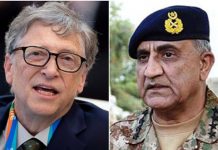